Ask a Car Accident Lawyer in Atlanta: What Could Possibly Cause a Head-On Collision in Atlanta, Georgia? 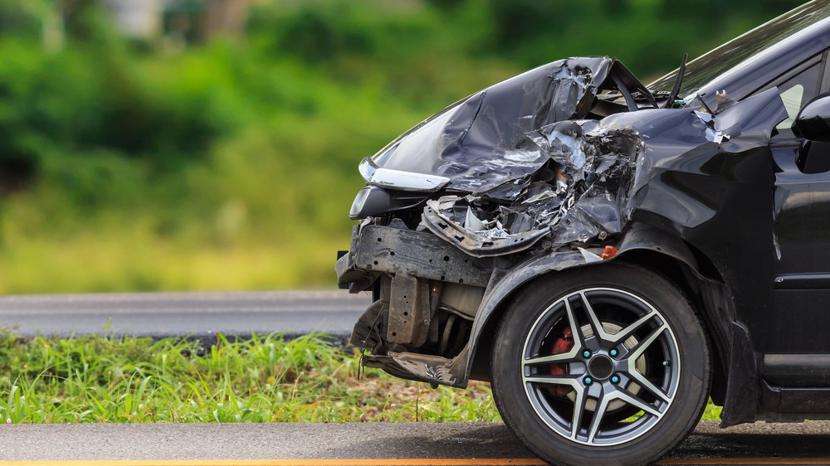 Whenever you see a story on the news about a head-on collision, it usually doesn’t have a happy ending. These accidents are so dangerous, they usually cause very serious injuries. And it’s your car accident lawyer in Atlanta’s job to get accident victims damages for these injuries.

People involved in head-on collisions tend to suffer all kinds of injuries, including:

Essentially, when you’re hit head-on by another vehicle, the entire front of car will be smashed. There’s a good chance the airbag will deploy as well. If you don’t end up in the hospital, it’s because you’re a very lucky person.

Why are Head-On Collisions So Dangerous?

The one thing that makes head-on collisions different from most other motor vehicle accidents is that they come out of nowhere. If someone rear-ends your car, you probably saw them creeping up behind you. When somebody runs a red light, you at least have the chance to see them speeding toward the intersection. With a head-on collision, there is no warning. The last thing you expect is for someone to come barreling toward you from the opposite direction. The impact of this kind of car crash is extreme. The human body simply wasn’t built to withstand this kind of impact.

What are the Most Common Causes of Head-On Collisions?

It’s hard to imagine why anybody would be driving down the highway in the wrong direction. Usually, with a head-on collision, the driver has either lost control of their car or are so intoxicated, they don’t realize what’s going on. Some of the more common causes of head-on collisions in Georgia include:

In any of these situations, your car accident lawyer in Atlanta is going to work hard to get you as much money as possible.

Your Car Accident Lawyer in Atlanta Will Demand Compensation

As mentioned earlier, head-on collisions tend to cause very serious injuries. In fact, a great percentage of them end up causing fatalities. With this in mind, it’s important to ask what kind of compensation your car accident lawyer in Atlanta can demand on your behalf. In most head-on collisions, your lawyer is going to demand some or all of the following:

Depending on the seriousness of your car wreck, you may be entitled to any or all of these. The more serious your injuries, the more money you’ll be entitled to. For example, if you suffer a spinal cord injury, you may end up in a wheelchair for the rest of your life. You won’t be able to work again and you’ll be in a tremendous amount of pain. In this sort of scenario, you’d be entitled to all of the damages listed above. And your car accident lawyer in Atlanta is the one who will push hard to get you the compensation you deserve.

Call and Talk to an Experienced Car Accident Lawyer in Atlanta

Head-on collisions can be some of the worst types of accidents your car accident lawyer in Atlanta has ever seen. They leave their victims with serious injuries. Head-on collisions also tend to destroy your vehicle. There’s a good chance you’ll have several thousands of dollars in medical bills. You’ll also have a ton of mechanic’s bills. If you didn’t cause the accident, there’s no reason you should have to pay these. The other driver or their insurance company should be held responsible.

If you or your loved one are injured in a head-on collision, the last thing you’ll want to do is fight with insurance companies. You need a car accident lawyer in Atlanta to handle this for you. That’s why it’s a good idea to call and schedule your free, initial consultation with a car accident lawyer in Atlanta as soon as possible after your crash. You can sit down with someone who’s handled cases like yours before. They know how to deal with the insurance adjustors. They also know what it takes to get you the compensation you deserve.

The consultation is free and you don’t have to pay your attorney until your case is settled or resolved.

PrevPreviousAsk A Georgia Car Accident Attorney: How Common are Texting and Driving Accidents in Georgia?
NextIs Your Car Accident Lawsuit Dismissed if You Were Partially at Fault?Next

When Can I File a Survival Action in Georgia?
I Was in a Single Car Accident – Can I Sue?
Everything to Know About Georgia Drunk Driving Rules
What Is Circumstantial Evidence in an Auto Accident Lawsuit?
Get the compensation
you deserve $$$
Get A Free Consultation