Is a Drunk Driver Always at Fault for a Car Accident? 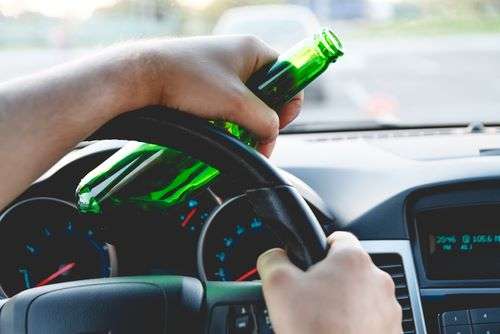 Drunk driving is a crime. Therefore, anyone caught driving under the influence is expected to face criminal consequences like license suspension, fines, or even jail time. Due to this, it’s easy to assume that a drunk driver is always at fault for a car accident. But this is not always the case, as explained by our Atlanta auto accident attorney in this article.

Although a driver’s intoxication can increase the likelihood of an accident, determining fault is quite different. For example, is a drunk driver automatically responsible for paying damages after an accident? We’ll answer this shortly, but first, let’s discuss Georgia DUI laws.

According to the state laws, it is a criminal offense to drive or be in control of a vehicle if you:

Georgia’s ‘less safe’ rule states that a police officer can still charge a driver with DUI if their BAC level is below the specified limit. This is acceptable in cases where the officer believes that their use of alcohol makes it less safe for such a person to drive.

Additionally, a driver could also be convicted of DUI if their blood alcohol exceeds the legal limit, regardless of whether the driving skills are impaired. Finally, if a drunk driver pleads guilty to driving under the influence, your Atlanta auto accident attorney can use this admission to prove liability on the driver’s side.

Are Drunk Drivers Always at Fault for Car Accidents?

No. A DUI charge doesn’t automatically mean the drunk driver is at fault in a car accident. The motorist has to have acted negligently on the road to be liable.

For instance, if a drunk driver ran a traffic light, resulting in an auto accident, they’re at fault. You can also claim the drunk driver is at fault for the auto accident if they drove in the wrong direction.

However, if another driver disregarded traffic rules and this resulted in a collision with a drunk driver, the other driver shares some liability for the accident. In such a case, the drunk driver isn’t entirely at fault for the auto crash. Determining who’s at fault is the jury’s duty when the personal injury claim makes it to trial.

Ultimately, intoxicated drivers aren’t always at fault. Although their intoxication increases the chance of an accident, the accident victim could also share in the negligence. Georgia uses a modified comparative negligence rule to determine who is at fault.

Breaking the Law vs. Being at Fault

Most people automatically assume that a drunk driver should be at fault after a car accident. This is because drunk driving is dangerous, illegal, and one of the leading causes of fatal accidents in Georgia.

Indeed, drinking can make anyone a terrible driver, but it doesn’t automatically mean guilt for an accident. A drunk driver could also get into an accident a sober person would have in the same situation. This calls into question whether the drunk driver is at fault. 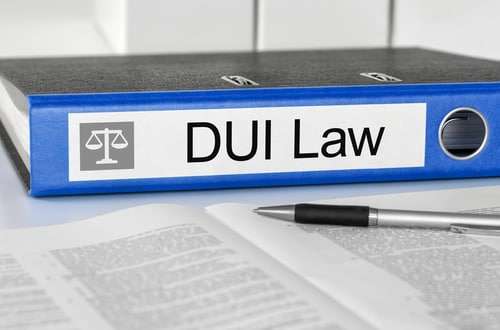 Drinking slows reaction time and, in some cases, stops the driver from reacting faster and better on occasion. But if the sober driver’s negligence caused the crash, they will become the liable party, and the impaired motorist will be the victim. However, the drunk driver will still get cited for driving impaired.

Insurance companies are well aware of this negligence law and could try to use it to apportion more liability to the injured victim. That’s why contacting an Atlanta auto accident attorney is essential. A knowledgeable attorney will gather all the evidence required to build a strong case and prove the at-fault driver’s liability.

Georgia’s comparative fault laws are fairer than the contributory negligence laws of many states that won’t award compensation if you share even a percentage of the fault.

How Do You Prove Fault in a Drunk Driving Accident?

If you’re not at fault after an auto accident, it’s crucial to prove the other party’s negligence. Establishing fault determines whose insurance company is financially responsible for damages resulting from a car accident.

To prove fault, there are three factors you have to take into account.

Get Help from an Atlanta Auto Accident Attorney

A car accident can have a prolonged effect on everyone involved. However, if you were in an accident with a drunk driver and you’re wondering if this means they’re automatically at fault, this article provides a clear answer to your question.

Although they might face criminal penalties, this doesn’t mean they’ll have to pay for damages sustained in the accident. Therefore, to prove the drunk driver’s liability, get legal representation.

The Weinstein Firm has represented many accident victims of drunk driving accidents. Our best injury attorney can effectively collect the evidence required to prove fault and ensure you receive the compensation you deserve. Our initial consultation is free, so reach out today to discuss your case.

PrevPreviousWho Should Have Auto Insurance Coverage in Georgia?
NextWho Is to Blame in a Side-Impact Collision?Next