Will a Traffic Citation Affect My Car Accident Compensation? 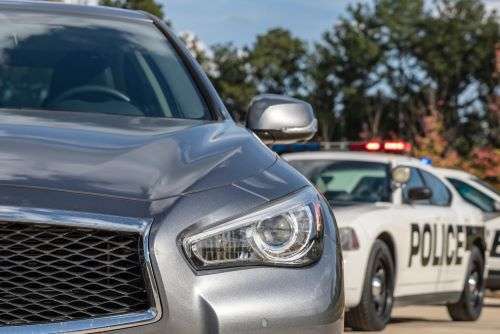 Several factors affect how much crash victims will get as compensation from the at-fault driver and whether they need to hire auto accident attorneys in Atlanta. For instance, someone with spinal cord injuries will likely receive more compensation than someone with whiplash. Another factor likely to affect compensation sums is whether the accident victim received a traffic citation.

This article discusses what a traffic citation is, what actions result in getting one, how a citation affects settlements, and to what extent.

What Is a Traffic Citation?

A traffic citation or summon is issued to the person who violates a motor vehicle law and gets a ticket. The police or authorized government representative issues the citation, and the recipient usually appears in court before a judge or magistrate.

A traffic citation is not the same as an arrest warrant, even though getting a ticket is treated more like a criminal case than a civil one. As a result, a person who gets cited can continue driving until they appear in court. Also, after answering the traffic citation, they will likely pay a fine if found guilty of breaking a traffic law.

What Actions Result in a Traffic Citation in Atlanta, Georgia?

You will receive a traffic citation if you get issued a ticket for any of the following actions.

Aggressive driving means operating a vehicle in a way that endangers other persons or property. Aggressive drivers engage in risky behavior that ignores the safety of others, and it occurs at any speed and isn’t necessarily a habitual action. For instance, a driver might get aggressive in a moment of stress or when in a hurry.

In Georgia, law enforcement officers always issue tickets to aggressive drivers. As a result, they face fines, driving license points, mandatory driver education classes, and raised insurance rates. If you get a traffic citation for aggressive driving as a car accident victim, ensure you inform your lawyer as it will impact your compensation.

Reckless driving is quite common in Georgia and one of the common causes of traffic accidents. According to the Official Code of Georgia Annotated (O.C.G.A.) §40-6-350, reckless driving occurs when a person drives any vehicle in reckless disregard for the safety of persons or property.

When driving on the road, you must be careful to avoid an accusation of reckless driving. This is because, most times, overzealous law enforcement officers can deem a harmless maneuver as reckless driving and issue you a ticket.

As a result, you may face fines, and if there is evidence of misdemeanor criminal offenses, you face up to a year in jail. So again, speak with auto accident attorneys in Atlanta if the police allege you drove recklessly after a crash.

At one point or the other, everyone has slightly exceeded the speed limit, especially when trying to beat traffic in an emergency. Although most people do not see speeding as an egregious offense, it does not stop law enforcement officers from issuing traffic citations.

Also, Georgia has a  Super Speeder law contained in O.C.G.A §40-6-189. The law states that anyone found driving at 75 miles per hour or more on a tw0-lane road or 85 miles per hour on a conventional four-lane highway is a Super Speeder. If cited, the person will pay an additional fine of $200, together with the fine assessed by the issuing locality. 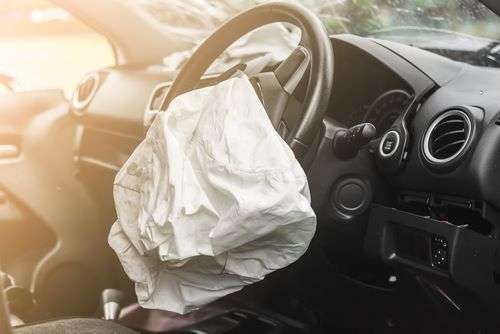 Driving While Unlicensed or License Suspended

Sometimes, unlicensed drivers or those with suspended driving privileges get behind the wheel. If an accident occurs, such persons would likely flee the crash scene. This is because if they stay, they will receive a traffic citation for violating the law.

Also, driving while unlicensed or with a suspended license carries strict penalties. You will pay hefty fines, get denied a driving license, or have the suspension extended. In the worst cases, you might get the minimum jail term.

In a car accident claim, this might also count against you as the at-fault party’s insurance company lawyer can argue that you were unfit to be on the road. They will also allege that you might have contributed to the accident due to being unfit and seek to reduce your compensation.

However, the fear of getting a traffic citation should not make you flee an accident scene if you are the victim. Irrespective of whether you were licensed or not, you are still entitled to compensation from the at-fault party. Also, your lawyer can show that getting a traffic citation for being unlicensed does not mean you contributed to the crash and, therefore, should not affect your settlement.

Other types of traffic offenses you will likely get a citation for in Atlanta, Georgia, are:

Generally, Georgia is an at-fault car insurance state, meaning the person who caused an accident compensates the victim. However, as mentioned, several factors affect how much victims can receive from the at-fault party. One such factor is the comparative negligence rule.

Under the comparative negligence doctrine, crash victims’ compensation is reduced by their percentage of fault. So, suppose you were found to be 5% at fault, you will receive only 95% compensation. Also, your liability must not be up to 50%.

Now, when you get cited for a traffic offense, the at-fault party’s insurer will try to use it as an inference of fault on your side. Depending on the facts of the case, the insurance company may succeed.

For example, suppose you were a Super Speeder when a car running a red light crashed into you from the side, leaving you with severe injuries. The insurance company can argue that your injuries would not have been so severe if you were not speeding.

As a result, the inference becomes that you contributed to the severity of your wound by speeding. In such instances, the traffic citation for speeding becomes evidence of comparative negligence. Consequently, it affects how much compensation you get.

Get Help From Experienced Auto Accident Lawyers in Atlanta

As a traffic accident victim, a traffic citation can significantly affect your compensation. Therefore, you should inform your attorney about it as soon as possible. We will investigate the citation at The Weinstein Firm to ensure it is legal.

Our legal team will also ensure the at-fault party’s insurer does not erroneously capitalize on it to reduce your compensation. So contact us today to speak with our personal injury lawyers in Atlanta, Georgia. We offer free case reviews and work on a contingency fee basis.

PrevPreviousWhat Should I Do if My Car Accident Claim Was Denied?
NextFour Things to Consider Before Accepting a Car Accident SettlementNext