One of the most common contributors to the severity and fatality of motor vehicle collisions is speeding. It is in fact the main cause of most fatal crashes from motor vehicles in Swainsboro Georgia. Besides being a risk factor, speeding in traffic has negative implications on the road environment and quality of life. It is unfortunate that speeding is among the common reasons for mortality related to traffic accidents

How Does Speeding Increases The Chances Of Causing an Accident?

The time it takes to identify and respond to stimulus while driving is tremendously increased by higher speeds thus decreasing the probability to prevent a collision. On the other hand, high speeds greatly affect and increase other drivers’ errors for instance distractions, not adhering to lane discipline, and maintaining a safe distance, therefore, increasing the probability of being involved in a traffic collision.

Most speeding drivers are guilty of the miscalculation of believing that they hold more control over the vehicle than they actually do. When driving on a highway with several other cars it is almost impossible to calculate for the unknown. For instance when a driver decides to increase his speed without foreseeing the fact that another vehicle might swerve to his or her lane in a bid to avoid colliding with another driver on the other side thus causing disaster. 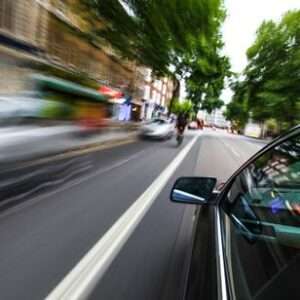 How Can I Prove That The Other Motorist Was Speeding When They Hit Me?

Bearing in mind that Georgia is an at-fault state, the burden of proving who is on the wrong is important especially when the accident inflicts severe injury and there is a need to take up legal action against the other motorist. This means that for an auto insurance company to pay for any damages, expenses, and medical bills there will be a need to ascertain which driver was in the wrong.

Drivers have to be liable for accidents that occur out of their negligence. This is where we come in as personal injury attorneys to help prove a liability with the available concrete evidence from the scene, to the satisfaction of the insurance company or a judge and jury depending on the circumstances at hand. It is important to provide detailed evidence of fault: For instance, documenting photos of the vehicle, pictures of the accident scene and witness statements, driver’s statements, a police report, would come in handy in proving liability.

Getting copies of the police reports for the accident is important as these are usually the first responders at the scene. These are written observations of the preliminary investigations carried out by the officer at the scene.

The report describes in detail the accident scene and gives concrete information on the incident, contains clues about liability, provides any witness statements, spells out if the other driver has been cited for any traffic violations before, and gives a conclusion of the officer as to which motorist was a fault.

However, there are several exceptions. In all accidents, the most important thing is to file a police report and notify your insurance agency. The adjuster from the insurance company investigates and reviews the facts provided in for instance the police report, the statements from both drivers and witnesses, investigation of the scene, and the physical conditions of both vehicles

This information is then used to reconstruct the crash scene to help ascertain who was at fault They may employ the services of a professional accident Scene Reconstruction expert who will establish the speed at the time of impact based upon the property damage and site of inspection can be estimated and would obviously help to prove who was at fault. 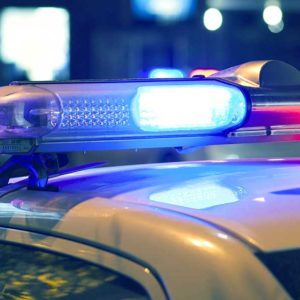 How Long Do I Need To Make A Speeding Accident Claim In Georgia?

These deadlines are dependent on the amount of harm suffered or the kind of case you intend to file. Following a speeding car accident ., an injury claim should be filed by any party who was affected or hurt in the crash within a period of two years from the date of the accident. If however the victim in the crash died and the family intends to bring a wrongful death lawsuit then the clock starts running on the date of the victim’s death but the two-year timeline still stays.

Why Do I Need A Speeding Accident Lawyer?

Experiencing an accident often leads to both physical and emotional trauma and in most cases vehicle damaged beyond repair. It is important to consider hiring an attorney to help you claim and receive your compensation. In worst-case scenarios, you may have sustained a hidden injury that won’t probably show for days after the incident.

There is also the risk of the other driver filing a claim against you weeks later even though they were at fault. It is therefore important to hire a speeding accident lawyer. Having said that we are more than ready to help you find the perfect attorney for the case as we have some of the most experienced in Swansboro, Georgia.

How Much Will A Speeding Accident Lawyer Cost?

We offer our services based on the contingency fees rule where we agree with you on a certain percentage you will part with upon conclusion of the case. It is important to note that winning the case might not always bring forth the payout you anticipated. In some cases, depending on whether you win the case this agreement might have a backup plan but not a settlement.

Having contingency fee-based pricing offers you peace of mind as you are assured that we will work hard to win your case since our cheque depends on it. The payouts vary on a case-by-case basis: For instance, if you are offered a payout of $100,000 as compensation, your attorney will be paid something between $25,000 and $40,000.

It is important As a Driver, to always be mindful of both your safety and that of others on the road and observe all the stipulated traffic for instance maintaining a safe braking distance between you and the vehicle ahead to allow for ample reaction time when evasive action is required to slow down or get the vehicle out of the way. This might save your life. Call The Weinstein Firm today and we can start working on your speeding car accident case with a Swainsboro speeding accident lawyer.