Personal Injury Claim: Can I File One for a Taxi Crash? 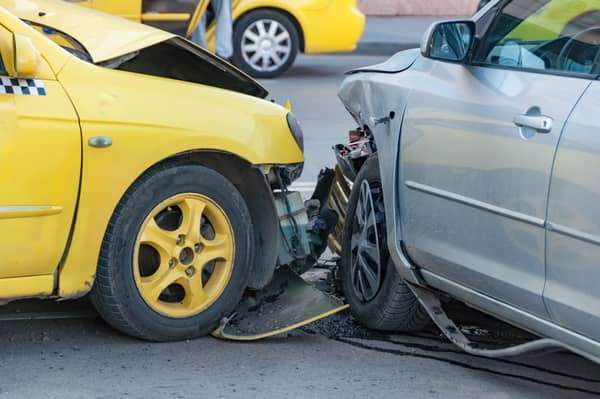 In our experience as Atlanta accident lawyers, many car accidents involve private vehicles. However, we occasionally see cases where the accident involves a taxi. This is often confusing for the parties involved as they may not be clear on how to go about personal injury claims. This article will treat the subject of taxi accidents. We’ll examine various scenarios and their outcomes, what should be done after such an accident, and whether you can file a personal injury claim.

Taxi Accident Scenarios and What to Do

What happens in a personal injury case could depend on the scenario. There are two main scenarios in this case, and we’ll look at them.

The first is when you’re injured as a taxi passenger. It is the easiest option as you don’t have to prove liability. This is left to the drivers who were involved in the accident. As a passenger, you can file a claim against either the car driver that hit the one you were riding in or the driver of the taxi you were riding in. You can also file a claim against the two drivers if one driver’s insurance policy does not cover your losses. However, this is only possible if the two drivers are at fault.

A second scenario is if you were hit by a taxi while driving your car. In this case, you’ll have to prove that you were injured due to the other driver’s negligence.

What You Should Do After a Car Accident Involving a Taxi

What you do after a car accident is the same regardless of the vehicle involved. Your priority after any accident should be your health, so make sure that you don’t have any injuries. The first thing to do is get yourself checked by a medical doctor. Then ensure that you keep track of all that you spend in the process. Keep receipts for all treatments you undergo, as you’ll need them when filing a personal injury claim.

After checking in with a doctor, you should call the police. Typically, the police will visit a car accident scene, but that may not always be the case. They’ll be able to conduct an investigation, after which they’ll write a report based on the evidence. This report could come in handy in your personal injury claim.

The police are not the only ones who should investigate on their own. Take pictures of the accident scene from different angles. This way, you have a record of what happened. In addition, you should also get the contact details of everyone involved in the accident. This includes eyewitnesses. Bear in mind that they are not obligated to speak to you, so be as polite as possible. If they’re unwilling to talk, simply move on to the next person.

Can I File a Personal Injury Claim if I Was Injured in a Taxi Accident?

Legally, you can file a personal injury claim if you were involved in a taxi accident. However, you can expect that the case will be a tough one. There are many reasons for this, but we’ll look at a few.

The first is that there may be injuries to several people. In such a situation, the value of the claims from all the victims could exceed the available car insurance coverage. This poses a problem for the victims as they may have to settle for less than their case is worth. While they could go after the driver outside their insurance coverage, they are not likely to get anything out.

Another problem is when there’s more than one party at fault. In such a situation, insurance companies would be gunning for the most favorable outcome for them, which could lead to the victim settling for a lower offer than their claim is worth. The alternative is a drawn-out battle between both parties.

At The Weinstein Firm, we’ve helped clients win millions of dollars in damages. We value all our clients and are committed to assisting them to get proper compensation. We encourage you to reach out for a free consultation immediately after an accident. Give us a call today.

PrevPreviousDallas Car Accident: How Likely Is an Amputation?
NextSciatica Pain: Can You get It After an Atlanta Car Accident?Next

What Is the Average Settlement for Whiplash in an Atlanta Car Accident?
What Happens When Someone Dies in a Fatal Car Accident in Georgia?
Georgia Auto Accident: Can a Victim Obtain Special Damages?
Does Being in a Car Accident Affect My Insurance?
Get the compensation
you deserve $$$
Get A Free Consultation
Free Case Review