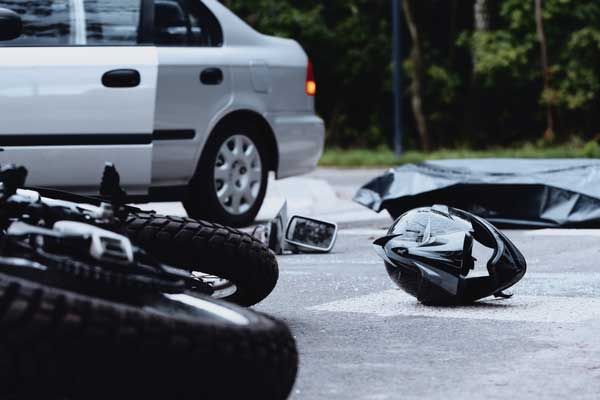 Anyone who has witnessed motorcycle crashes will tell you that they cause some of the most severe accident injuries ever. From broken arms to road rash and traumatic brain injuries, Watkinsville motorcycle crash injuries can be a lot to handle. Unfortunately, in some situations, the injuries are so severe that they’re life-threatening and when mismanaged, lead to the cyclist’s death. Reports show that motorcycle crashes have a significantly higher fatality rate than car accidents.

Motorcycle crash injuries are usually more severe than car accident injuries because motorcycles offer no protection whatsoever to cyclists. As such, it’s always wiser to prevent these accidents from happening than it is to minimize the severity of injuries after the crash.

So how can you avoid motorcycle crashes? What factors are responsible for the majority of motorcycle crashes in Watkinsville, GA? Will contacting a personal injury lawyer help after an accident? We’ll provide answers to those questions in this article.

What Factors Are Responsible for My Watkinsville Motorcycle Accident?

The following are the most common causes of motorcycle accidents in Watkinsville:

Drinking and driving are one of the most dangerous activities ever. It’s the same with driving under the influence of drugs. Alcohol and drugs can alter your brain functioning and limit your ability to control your vehicle. For car drivers and motorcyclists alike, DUI impairs your ability to make rational decisions on the highway.

Lane splitting happens when you drive between two lanes of traffic. It’s dangerous because it puts you in the drivers’ blindspot. Also, when riders are lane splitting, they are moving much faster than surrounding vehicles in traffic. That’s a recipe for disaster. While there’s still much controversy on the legality of lane splitting, lane splitting and filtering are illegal in Georgia.

Many times, motorcycles get knocked over by car doors. This is usually the case when a driver parks their vehicle and opens the door just as a bike approaches.

Like lane splitting and filtering, unsafe lane changes can be very dangerous. When a driver changes lanes without checking their blind spots, they can easily hit an oncoming motorcycle. That’s all the more probable because motorcycles are less visible than other vehicles.

Drivers who are attempting left turns are prone to making lots of right-of-way errors. They are also likely to misjudge the distance between their vehicles and oncoming ones. These errors make left turns very dangerous and are a common cause of motorcycle accidents in Watkinsville.

A motorcycle accident can happen due to defects in the motorcycle due to the manufacturer’s negligence. For example, the manufacturers may have poorly designed a motorcycle part, making the bike more prone to accidents than others. In such cases, you can hold them liable for injuries and fatalities due to such defects.

Tailgating happens when a vehicle follows another too closely. In such cases, when the car in front stops abruptly, the rear-end vehicle crashes into it almost immediately.

Speeding is one of the leading causes of traffic accidents worldwide. When you surpass the recommended speed limit for your state, your reaction time lessens significantly.

What Should You Do After a Crash?

Knowing what to do when you fall victim to motorcycle crashes can help manage the situation efficiently. If you’re contemplating a personal injury claim, making proper decisions at the right time can help. To this end, it’s wise to do the following after a motorcycle crash in Watkinsville:

Get Started on Your Personal Injury Claim Right Now!

We are a first-rate personal injury law firm in Watkinsville, Georgia. We are dedicated to ensuring that you get quick and adequate compensation for your injuries without hassles. Schedule a free consultation with us immediately.