I Was in a Single Car Accident – Can I Sue?

While most car accidents usually involve more than one party, not every auto collision involves another driver. There are several situations on the road that can cause a driver to be involved in a single car accident, and these types of accidents are quite common. Several persons have suffered from severe injuries in a single car accident, and many often ask our Atlanta automobile accident attorney if they can receive compensation or sue anyone.

Being involved in a single car accident brings up different questions. Also, most people wrongly assume that after a car accident, they are automatically at fault and have to pay for their damages out-of-pocket.

This is not the case every time. Sometimes, you have the right to sue another party for contributing to your car accident. At The Weinstein Firm, we can help you review your case if you have been involved in a single car accident.

What Is a Single Car Accident?

A single car accident is any crash that involves and causes damage to only one vehicle. It doesn’t matter if any party may have contributed to the auto crash; if the crash involves only your car and no one else, it is referred to as a single car accident.

For example, if your car hits a tree or spins out of control and strikes a stop sign, that is a single car accident. In addition, if someone or an animal pulls out in front of you and you drive off the road and hit a tree, that’s also a single car accident. A solo car crash usually involves properties but only one vehicle.

Can I Sue Anyone After a Single Car Accident?

Most times, car accidents result from the driver’s negligence, such as speeding even though there’s a stop sign or driving under the influence of alcohol or drugs. However, car accidents can also be due to the negligence of another party or might be unavoidable collisions. If you have been involved in a single car accident, you might be able to sue a  third party for the incident.

A driver involved in a single car accident might be held at fault for the crash. However, if you can prove that the accident resulted from another party’s negligence or vehicle defect, you might be able to sue and claim damages.

Unfortunately, drivers involved in a single car accident due to their actions or negligence cannot sue anyone for damages. If your actions were found illegal, you could face criminal charges.

However, if there’s proof that a third-party action caused the accident, you shouldn’t delay filing a lawsuit. This is because time limits can affect your case if left for too long.

There are instances where you obey all traffic laws and still get involved in a single car accident. Some examples include acts of nature such as heavy wind that can cause a tree to fall on the road or floods that can cause a driver to lose control and crash. In cases like this, a driver cannot sue for damages, but their insurance may cover their losses. 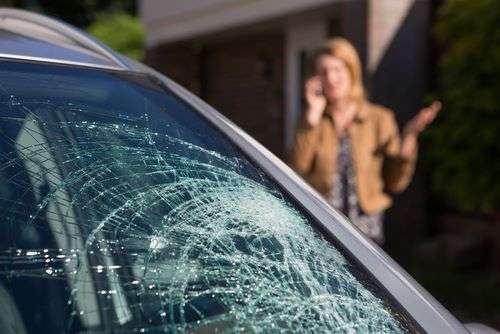 Where Another Diver Was Negligent

There are situations where another driver does something negligent and forces you to respond to that quickly, which can result in a car accident. A practical example is a driver or cyclist suddenly pulls out of nowhere and swerves into your lane without looking.

The first reaction to that is to swerve to avoid the other driver. However, you might hit a tree, a stop sign, or something other than the other driver. In such a case, you can bring a claim against such a driver as their action caused you to crash.

Most times, cars have inherent faults. For example, maybe your car might experience poor alignment or faulty brakes, making it not function optimally. If such faulty brakes cause an accident, your Atlanta automobile accident attorney can sue the manufacturer.

Road signs or unmarked hazards can also cause devastating car accidents. Sometimes, items in the middle of the road, such as automotive parts that probably fell off another car or even a cargo item that fell off a truck, can cause single car accidents. When situations like this happen, the person responsible for the road maintenance and the driver or owner of the vehicle responsible for leaving the items on the road can be sued for damages.

What Do You Do After a Single Car Accident?

After a car accident, you should take measures before deciding to sue anyone responsible for the accident.

Report to the Authorities

It is important that you report an accident case to the authorities immediately after it happens, regardless of whether the accident involves another car or not. Filing a report ensures there’s the official documentation of the occurrence, and the record helps when making an insurance claim.

Get Evidence After the Accident

If you sustained any injury in a single car accident caused by third-party negligence, you must get enough evidence immediately after the crash. The success of your case depends on the quality of your evidence against the other party.

So take a picture of any road defect, the names of any witness present at the scene, and pictures of any damages you may have caused. In addition, if you believe the accident was due to a car defect, you shouldn’t get your car fixed.

If you have your car fixed while building your legal case, you might not be eligible for compensation. Therefore, it is recommended that you work closely with an attorney to help you review the facts surrounding your case and help you get the compensation that you deserve.

Our Atlanta Automobile Accident Attorney Can Help You

Our lawyers at The Weinstein Firm can help you determine the best action for you. Book a free consultation with our personal injury lawyer in Atlanta today. We work on a contingency fee basis and will not demand upfront payment.

PrevPreviousEverything to Know About Georgia Drunk Driving Rules
NextWhen Can I File a Survival Action in Georgia?Next