While Georgia law requires drivers to remain at the scene after they’ve been involved in a crash, not all drivers comply with these laws. If you’re the victim of a hit and run, you need a Dublin hit and run accident lawyer.

The Weinstein Firm has extensive experience with personal injury cases in Georgia, which is why we’re fully qualified to help you recover damages after your accident. Reach out to our car accident lawyers today so that you can get the security you deserve.

Why Would A Driver Leave the Scene After an Accident?

People leave the scene of an accident for a number of reasons. In some cases, a driver may leave because they are trying to conceal something. For example, if someone is driving with a suspended license, or if someone is under the influence of drugs or alcohol, they may believe that leaving the scene is the best way to conceal their behavior.

In other cases, the driver might be confused and not realize that they need to remain at the scene of an accident. This could happen if the driver has dementia or a head injury. Some drivers have left the scene because they were overwhelmed or out of panic.

Leaving the scene shows that the driver has the intent not to take the blame for the damage they have caused. In Georgia, it is categorized as a criminal offense. It can lead to up to four months of license suspension and will remain on a person’s driving record permanently.

What Should You Do If a Driver Leaves After a Car Accident?

If the other driver leaves the scene, you might be tempted to pursue them so that you can collect their information. It’s important to remember that if you do this, you’ll also be leaving the scene at the accident. Following the other driver is dangerous behavior, and it could actually make it more difficult to collect evidence that supports your claim, which will make it more difficult for you to obtain justice.

It’s also important to collect as much evidence as possible. Take the time to write down what happened during the accident. Document every detail, including the direction you were traveling in, the time at which the accident occurred, and the direction that the fleeing party left in.

If there are any potential witnesses at the scene, you should take the time to collect their information. Request their names and contact information and pass this information along to the police. Witnesses can back up your claim and provide valuable evidence, which can make it easier for you to collect damages. 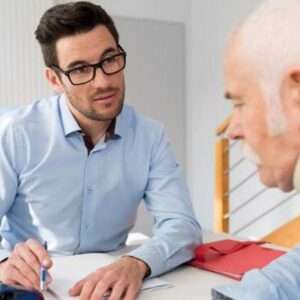 What Damages Can Victims Get From A Hit and Run Accident Claim in Georgia?

If you are able to locate the at-fault driver, and that driver is properly insured, you will be offered a settlement to cover medical expenses, property damage, and other damages you may have sustained, such as a loss of wages. Because the driver that fled the scene engaged in negligent behavior, you may also be able to claim punitive damages.

The Weinstein Firm can negotiate with insurance companies on your behalf and will work to secure the largest settlement possible for you. We can also assist you with a negligence lawsuit so that you can collect other damages, such as damages for pain and suffering.

How Long do I Have to File a Claim for a Hit and Run Accident in Georgia?

The deadline to file a hit-and-run claim in Georgia is typically two years from the date of the accident. If the accident involves a government vehicle, the window of time you have to file a claim will be even smaller. For this reason and others, you’ll want to contact a lawyer and file your claim as soon as you possibly can.

It’s also important to act quickly for reasons outside the statute of limitations. As more time passes, it will become more difficult to collect evidence to support your case. This can make it more difficult for you to collect the damages that you are owed.

If you have been injured in a hit and run, you shouldn’t hesitate to contact The Weinstein Firm. You can trust us to file your claim and handle all necessary paperwork for you. Work with us right away so that we can achieve a favorable outcome for you.

Why Do I Need a Lawyer?

When the other driver has fled the scene, it can make it more difficult to gather the evidence needed to support a claim. That’s why it’s important for you to work with a Dublin hit and run accident lawyer that has experience with these types of cases. Without the help of an attorney, you may not be able to receive the funds that you’re entitled to.

Lawyers can handle negotiations with insurance companies and can make sure that you don’t settle too early. If you do accept an early settlement, you’ll lose the right to recover additional money later on, even if you develop new complications after the accident. An attorney can ensure that you don’t miss out on money that you’ll need later on.

When you’re recovering from an accident, it may be difficult for you to think clearly. You might have trauma from the accident. You could be in pain, or you could be on strong medication. When you work with an attorney, you can focus on your recovery and trust your lawyer to protect your interests.

Not only will an attorney take care of everything for you, but they will ensure that all factors are taken into account when calculating damages. Because the at-fault party in a hit-and-run accident has engaged in grossly negligent behavior, they may be liable for additional damages. Working with a lawyer is the best way to maximize the compensation that you receive.

If you’ve been involved in an accident, and the at-fault drive fled the scene, you need the support of an experienced attorney. The Weinstein Firm has worked with many hit-and-run accident victims. When you work with us, we’ll fight to ensure that you receive compensation from all possible sources.

Because we work on contingency, you won’t have to pay anything out of pocket if you want to take advantage of our services. We also offer a free, no-risk consultation to any potential clients. We’ve secured millions for our clients, and we can work to collect compensation for you. Contact The Weinstein Firm today if you’d like to find out more.