What Is the Average Settlement for Whiplash in an Atlanta Car Accident? 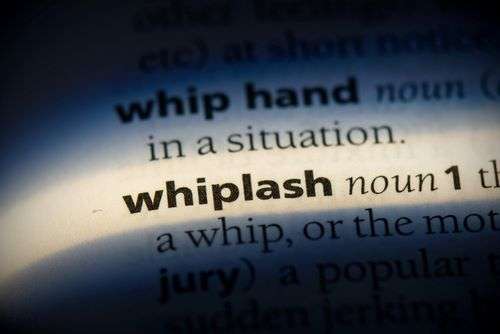 In the United States, 42,915 people died in motor vehicle traffic crashes in 2021, a 10.5% increase from the 38,824 fatalities in 2020. Those who survived sustained different types of injuries, including whiplash. A person who suffers injuries in an auto crash deserves compensation from the at-fault party, and an Atlanta car accident lawyer can help you get a fair settlement.

One of the common wounds crash victims sustain is whiplash. However, it is less severe than catastrophic injuries like spinal cord injury or traumatic brain injury. As a result, many crash victims often wonder how much they can receive as compensation for whiplash.

What Is a Whiplash Injury?

Whiplash is an injury to the neck resulting from a forceful, rapid back and forth movement. It is usually compared to the cracking of a whip. Whiplash injuries are common in rear-end accidents, but victims may also sustain them in other times of collisions.

Also, whiplash could be referred to as a neck sprain or strain, although these terms refer to other types of neck injuries. Most injury victims get better within a short period, which could be days or weeks. But in cases of severe whiplash, it could take months or lead to chronic pain and other long-lasting complications.

Knowing how a person with a whiplash injury would recover is pretty difficult, as each case is uniquely different. For example, you might have chronic pain if your initial symptoms include a limited range of motion, severe neck pain, and pain that spreads to your arms.

However, the pain may worsen or result in life-long complications if you previously had a whiplash injury that didn’t heal properly. This is also the case for aged victims, those with existing back pain, or those with a high-speed injury.

General symptoms include the following:

Should I File a Compensation Claim for a Whiplash Injury?

Yes, you should. Georgia is an at-fault car accident state, meaning that victims of an auto collision can demand compensation from the at-fault party. However, whiplash victims sometimes fail to file a compensation claim.

This is common in cases where the victim sustained a minor injury. The person might also fail to get medical treatment, believing they will be fine with over-the-counter medication. As an Atlanta car accident lawyer would tell you, you deserve compensation for a minor or severe injury.

Therefore, ensure you get medical treatment even if you feel that the wound is not severe. The record of the medical care you received is crucial in case you change your mind and decide to file a compensation claim. Also, medical treatment keeps the injury from getting aggravated. 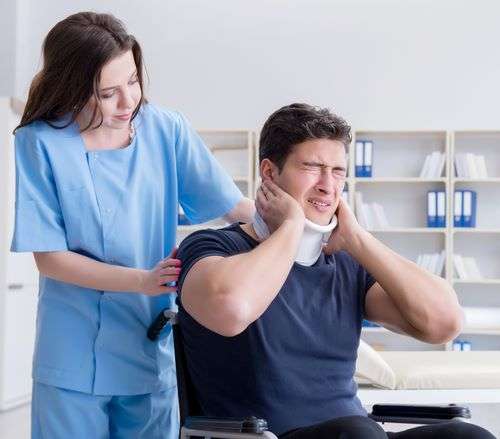 According to a report, over one million people in the United States sustain a whiplash injury yearly. About 25 percent result in long-term chronic disorders, although some medical literature suggests that 43 percent of patients will suffer long-term symptoms.

When you sustain a whiplash injury, it is normal to want to know how much you will recover as compensation. Generally, there is no fixed amount, as insurance companies and courts assign settlements on a case-to-case basis. However, you might be able to recover up to $10,000 or more depending on several factors, including the injury severity.

We discussed these factors below.

Below is a more detailed explanation of how it works.

The injury grade is synonymous with the severity; therefore, a Grade 3 injury victim will get more compensation than someone with Grade 1.

The Presence of Other Injuries

Sometimes, you may sustain other wounds together with whiplash, especially when involved in a high-impact rear-end accident. So, assuming you sustained cuts and scrapes from the accident, you can request compensation for this alongside that of whiplash.

The Strength of Evidence

You must show that the other driver caused the accident that resulted in the injury. To do this, you need evidence from the crash scene. Therefore, after the accident, take photos of the point of impact, any visible injury or damaged property, and tire treads. Speak to witnesses, and obtain a copy of the police report.

The Presence of Non-Economic Damages

If you suffered chronic whiplash, you might be able to claim non-economic damages. These include pain and suffering, mental anguish, and emotional distress. If the pain led to life-long complications, you could also claim loss of enjoyment of life.

The Quality of Your Car Accident Lawyer

Most people don’t realize that the lawyer they work with impacts the outcome of their case. Therefore, hire an attorney with experience handling whiplash compensation claims. The lawyer should also have a successful record and be able to get you the maximum compensation.

Do You Need Compensation for a Whiplash Injury? Contact an Atlanta Car Accident Lawyer at The Weinstein Firm

At The Weinstein Firm, we have helped several victims get maximum compensation for their whiplash injuries. We will examine the facts of the case and ensure you get what you deserve. Our services are on a contingency fee basis, so we only get paid when we win. Contact us today for a free case review with our personal injury lawyer in Atlanta, Georgia.

PrevPreviousWhat Happens When Someone Dies in a Fatal Car Accident in Georgia?
NextWhat Should I Do if My Car Accident Claim Was Denied?Next