What Happens in a Brake Failure Auto Crash? 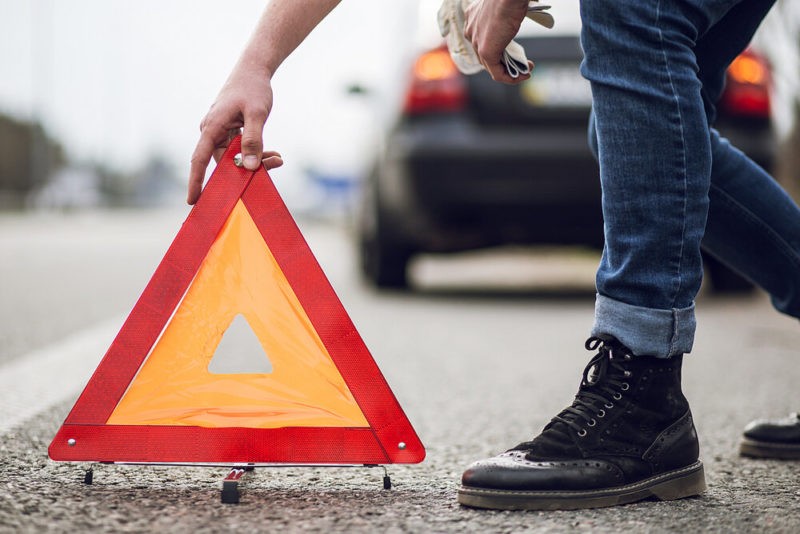 How many drivers have truly experienced brake failure? It is probably one of the most terrifying things that can happen behind the wheel. Certainly, many drivers have experienced leaks in their power steering fluid or similar situations that make driving scary but not inherently dangerous if you’re paying attention. Unlike power steering, brake fluid or damage to the brake lines can be a recipe for disaster that will almost always end in a crash and require the services of an Atlanta car accident lawyer.

Of course, brake failure accidents produce two sides of the same story. First, there is the terrified driver whose brake lines went out or brake fluid is gone and they have no control over their vehicle’s ability to stop. Second is the side of the victim. The poor vehicle that was struck because this initial car was unable to break.  Both sides of the story deserve a bit of attention and diving into.

Why Would Brakes Ever Fail?

The most common situation that produces brake failure is poor maintenance. We’ve covered many times that the driver or owner of the vehicle is responsible for properly maintaining the vehicle, and that includes taking care of the brakes. Regular brake checks and fluid checks are critical. Most people don’t realize that they have this done at most oil change services.

Mechanics will go through the vehicle and assess fluid levels to ensure there’s no immediate or pressing danger.  But scheduling a brake check is your responsibility. Now there are situations where it is possible for brake failure to happen because of a sudden loss of brake fluid that was unavoidable and unpredictable.  These situations are extremely rare, but they can have it. Unfortunately for the owner of the vehicle, Georgia’s fault system does not permit for no-fault situations such as spontaneous malfunction.

Is a Rear-End Collision is Imminent

If you’re the one driving when your brakes fail but it might seem as though a rear Collision is absolutely unavoidable. However, experts advise people who experience brake failure to attempt to lose as much speed as possible naturally and then attempt to sideswipe a fixed object if the brakes absolutely will not work. You should never commit to a purposeful direct collision whether that be head-on or rear end.

Rear-end collisions are the most common situation to follow brake failure, especially when brake failure happens in traffic.

If you were the victim of a rear-end collision because of brake failure, then you may have been hit at an incredibly high speed.

What You Can Do in the Event of a Brake Failure

When brakes fail you have a few options depending on the situation. All experts agree that you should attempt to disperse as much speed as possible naturally. That means to stop accelerating, and attempt to get a controlled drag on the car. Runaway ramps are excellent but aren’t common, and most drivers aren’t comfortable entering that because they don’t know what’s on the other side of that sign.

However, sliding against a curb or using the shoulder to put a drag on the vehicle can help you slow down naturally. You may also turn to your parking brake, which is also called a hand brake or an emergency brake. If your brakes are somewhat functional, or you have a soft pedal, you may be able to pump the brakes but be cautious because this can cause you to lose control.

The victim of a collision involving brake failure, it might seem unfair that the person who experienced the brake failure is responsible for everything. They may have even properly maintained their vehicle and had no explanation for the sun brake malfunction or failure. Or, they may have been riding a soft pedal for weeks or months and finally the brakes gave out. Crash resolution always comes down to fault in Georgia, and within Atlanta fall is not always that clear.

At the Weinstein Firm, we know that you were not at fault for this crash, and we do need to hold the other driver responsible. To do that, we’ll negotiate through insurance providers with the goal of getting a fair settlement and close out the case quickly. It’s not a matter of who should have taken better care of their vehicle, or who had better opportunity to avoid the collision. It is a matter of how to cover the outstanding debts and damages associated with the crash. The crash is done, the only way to move forward is with resolution.

PrevPreviousHow Can a Lawyer Recover Video Evidence from a Car Crash?
NextWhen are Multiple People at Fault for an Accident?Next