How Does Uninsured Motorist Coverage Work in Atlanta? 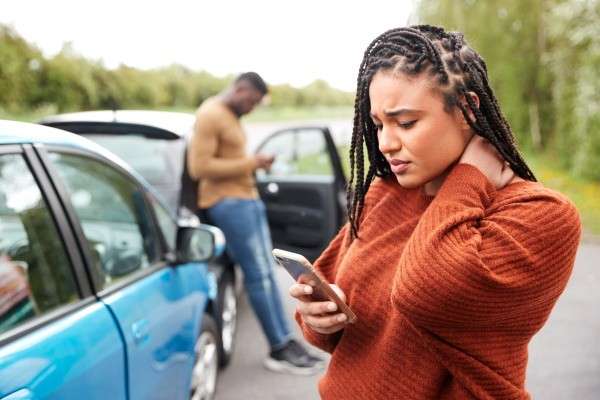 When they don’t, they would be said to be uninsured. In such an instance, the issue of how the victim would cover their losses arises, hence the usefulness of uninsured motorist coverage. Our Atlanta uninsured motorist lawyers look at how this insurance plan works under Georgia law in this article.

If you get into a car accident with an uninsured driver, our attorneys at The Weinstein Firm will help you get the compensation you deserve. In addition, we will ensure you get back every penny spent covering your losses and medical care. So, contact us immediately.

Does Georgia Law Require Drivers To Have Uninsured Motorist Coverage?

There are two types of drivers on the road. One is those with auto liability insurance or third-party insurance, and the second covers those without insurance. When you get into an accident with a driver with coverage, you can recover compensation as long as you’re not at fault. However, when the driver is uninsured, you may not get a settlement unless you file a personal injury lawsuit.

You need uninsured motorist coverage to pay for your injuries and property damage in an accident you did not cause. But, unfortunately, most Atlanta drivers don’t buy this coverage because it is not mandated by law. While Georgia law makes it compulsory for all automobile operators to have third-party insurance coverage, it doesn’t make an uninsured policy mandatory.

Rather, Georgia law requires insurance companies to make UMC available when you purchase your insurance policy. Thus, unless you rejected the policy in writing, you might have uninsured motorist coverage without knowing. A person with this insurance plan would file a claim with their insurance provider to receive compensation for economic and non-economic damages.

When Should You Make an Uninsured Motorist Coverage Claim?

Generally, there are three instances where you need to make an uninsured motorist claim. We discuss them individually below.

Even though Georgia law makes it compulsory for every road user to have liability insurance, several people disobey this law. Thus, uninsured motorist coverage comes into play when the fault driver has no insurance. In addition, UMC would apply where the fault driver has insurance, but the limits are below the stated requirement. Therefore, the victim would have to use their uninsured motorist coverage to cover their losses in such an instance.

Here, the at-fault driver has automobile insurance. However, their insurance provider after reviewing the case’s facts declines the claim because the accident is not covered by the policy. Also, it could be that a court decided that the fault driver’s coverage is not enough in a declaratory judgment action. Furthermore, UMC would apply where the negligent party’s insurance company declared bankruptcy or is otherwise insolvent.

Here, the fault driver fled the accident scene, and the victim has no way of identifying them. While the police investigation is pending, the victim may need to make an uninsured motorist claim for compensation. Getting a settlement for UMC in hit-and-run cases is often tricky.

Is the Uninsured Policy Holder Entitled to Recover Damages?

While the simple answer should be yes, things are not always that straightforward. For example, for a victim to recover damages, they must show negligence, causation, and damages against the insured driver. Thus, a victim who cannot prove the preceding may be unable to get compensation from their insurer.

At The Weinstein Firm, our Atlanta injury attorneys have the knowledge and expertise to help you get compensation from insurance carriers. We work on a contingency basis, meaning we don’t get paid until we win. So call us today to schedule a free consultation.

PrevPreviousThings To Know About an E-Scooter Accident in Atlanta
NextWhat If a Teenager Caused My Clarkston Car Accident?Next

Will a Criminal Trial Affect My Personal Injury Case in Atlanta?
Car Accident Lawsuit: Will I Get Compensation Immediately After the Judgment?
How to Prove Lost Wages in a Car Accident Claim if You Are Self-Employed
Can I Claim Compensation for Delayed Car Accident Injuries?
Get the compensation
you deserve $$$
Get A Free Consultation