The Dangers of Brake Checking 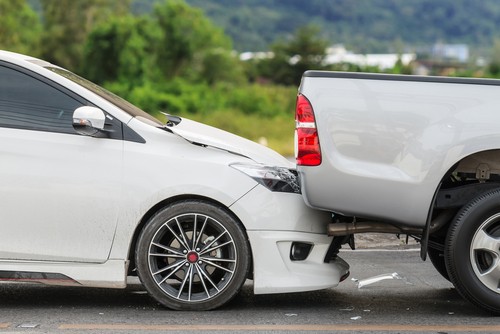 Tailgating is annoying, it is frustrating and it can cause quite a lot of anxiety. Still tailgating is no excuse for putting your safety and the safety of others at risk. Brake checking is not worth any insurance check that you might get, and it’s not worth the possibility of severe injury. If you’re the victim of someone brake checking, contact our Atlanta car accident attorneys today.

What is “Brake Checking”?

Brake checking is the act of unexpectedly is slamming on your brakes because the person behind you is tailgating or following too closely. Brake checking is not legal, it can lead to serious injury including a wreck with fatalities.

However, people often rationalize the active brake checking by stating that they were simply trying to get the other driver to stop tailgating. Tailgating is frustrating, but it is not caused to put so many people’s lives in danger. When one driver brake checks the person behind them then that second driver may expectedly slam into the back of the person who was brake checking them.

However, that may not be the result of the brake check. Brake checking can also lead to the person who was tailgating to suddenly swerve lanes and caused a multi-vehicle accident.

When Should You Do It?

Never. Never ever break check anyone. If someone is tailgating you, attempt to change lanes. If you cannot change lanes, then maintain speed and when it is possible, change lanes or exit that road entirely. There are aggressive drivers, and there are drivers who are prone to assault in the event of an accident. Brake checking someone who is willing or ready to have a fight or commit assault because of an accident that they don’t think they caused, is not worth it.

But If the Person Hits Me From Behind, It’s Their Fault

Not always. Acting out of anger, malice, or taking specific negligent action can put you at fault too. The Georgia Department of Transportation has a myriad of laws about protecting drivers, and passengers on the road. Essentially, you’re not only at fault because you put one other driver at risk. You’re at fault in a brake checking situation, or at least partial fault, because you put the safety of everyone else on the road at risk.

Typically in brake check situations, one person will argue that the break checking was harmless, and the other will argue that they weren’t intentionally tailgating. The trouble with this thinking is that it doesn’t tie in the how insurance companies or the state would determine fault. It does not matter how you feel, or how you felt at the time, or if you believed you were teaching another driver lesson.

Are you the victim of a brake checking driver? Is it possible that you have to reasonably apply brakes to stop and the other person was simply following too closely? Brake checking accidents are a two-way street. If someone used brake checking to cause an accident in which you were the driver in the rear part of the Collision, you may not be as much at fault as you initially believed. Additionally, if you were the one who had to hit your brakes, then you may have an upcoming legal battle about whether you were brake checking the person or not.

If you’re experiencing some trouble with your insurance claim or resolving your crash then you need an Atlanta car accident attorney. A local Atlanta car accident lawyer from the Weinstein Firm and how do you use the evidence from your case to prove that you were doing the best you could in the situation. Contact us for support and don’t go into Insurance negotiations or a battle for compensation alone.

PrevPreviousHow to Properly Yield in Busy Traffic
NextWhy is it So Important to Preserve Evidence After an Atlanta Crash?Next

What Is the Average Settlement for Whiplash in an Atlanta Car Accident?
What Happens When Someone Dies in a Fatal Car Accident in Georgia?
Georgia Auto Accident: Can a Victim Obtain Special Damages?
Does Being in a Car Accident Affect My Insurance?
Get the compensation
you deserve $$$
Get A Free Consultation
Free Case Review