Legally, it is referred to as fleeing the scene and can have serious consequences. Penalties can include fines of up to $1,000 and a maximum of 5 years in jail. If the accident resulted in serious injuries or a fatality, a hit-and-run driver can face felony charges. Over and above this, the injured party has the right to claim compensation from the driver who caused the accident.

Why Would A Driver Leave the Scene After an Accident?

The most common reason why drivers flee the scene of an accident they caused is that they don’t have insurance. It is a legal requirement for every driver to have minimum liability insurance in the state of Georgia. An uninsured driver will be held personally liable or be responsible for paying for the losses that you have incurred as a result of the car accident.

Another reason that drivers leave the scene is that they know that they are guilty of causing the accident. However, what they don’t understand is that they are facing misdemeanor or even felony charges when they leave. This results in a permanent criminal record. If they stayed at the scene of the accident, they would only have been faced with paying for the damage, injuries, and other losses that they caused.

The driver of the car may have been committing a crime or fleeing from the police when they caused the accident. They may also have been driving under the influence of a substance like alcohol or drugs.

What Should You Do If A Driver Leaves After A Car Accident?

There are certain steps that you can take after a hit and run accident that can assist the police in finding the driver and support your claim for compensation. These steps include: 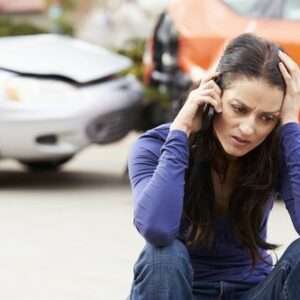 What Damages Can Victims Get From A Hit and Run Accident Claim In Georgia?

There are 3 categories for damages that you can claim to recover your losses in the event of a hit and run accident in Georgia. These include:

Special damages are financial losses that you have incurred to which an exact monetary amount can be attributed and include:

It is important to keep all medical bills, reports, and doctor’s notes in order to prove what you spent on medical care as a result of injuries you sustained from the hit and run. Both immediate and future medical expenses and loss of income can form part of your claim.

General damages are intangible and do not necessarily reflect a financial loss. These damages include:

It is crucial to contact a hit and run accident lawyer to ensure that these damages form part of your claim for compensation in a hit and run case. 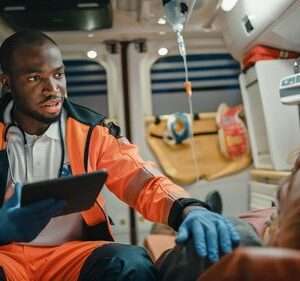 How Long Do I Have To File A Claim For A Hit And Run Accident In Georgia?

There is a statute of limitations on claims involving personal injury in the state of Georgia of 24 months. This means that you have only 2 years from the date of the hit and run to file your lawsuit to recover your losses. In the case of hit and run accidents where it may take time to locate the driver who caused the accident, the court can be approached for an extension. It is critical to contact a lawyer and file your claim as soon as possible to avoid missing the deadline.

Why Do I Need A Hit and Run Accident Lawyer?

An experienced hit and run accident lawyer can assist you in the following ways:

If the driver fled the scene of the accident because they were uninsured, it is more than likely that the driver will not be able to afford to pay you compensation. In this case, your lawyer can make arrangements to place a lien on an asset such as a house or a car. When the asset is sold, you will receive compensation from the proceeds in an amount that covers your compensation.

Contact a Weinstein Firm hit-and-run accident lawyer to schedule a free consultation today so that we can start filing your claim for compensation.