Why Would the Insurance Company Want to Settle Your Car Atlanta Car Accident Lawsuit? 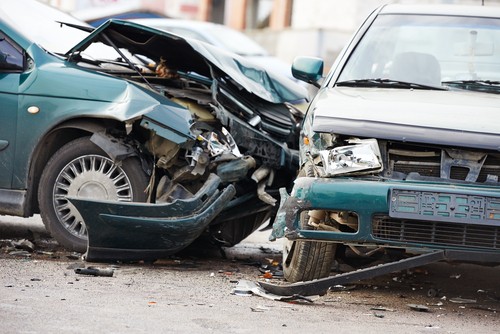 Most of the insurance adjustors Atlanta car accident lawyers deal with have been around for years. Your attorney or one of their colleagues may be familiar with the settlement habits of the other driver’s insurance company. Some companies are much more willing to settle claims than fight them in court. This is especially true if the claim is small. It makes no sense to pay thousands of dollars in court for a claim that’s only worth a few grand.  The truth is that insurance companies and Atlanta car accident lawyers avoid going to trial whenever they can.

What a lot of people don’t realize is that most car accident lawsuits are settled before they go to trial. However, your Atlanta car accident lawyer may not even need to file suit. If they can negotiate a fair settlement with the insurance adjustor, they should be able to come up with a fair solution. Sometimes, it can be in your best interest not to sue. It’s a lot cheaper than going to trial. It can also be resolved a lot faster if you haven’t taken legal action just yet. Your Atlanta car accident lawyer will help you decide the best way to proceed. It’s just important that you make a decision early enough to meet the statutes of limitations deadline. In Georgia, you only have two (2) years to file suit. Ater that, you’ll be barred from ever filing suit.

The Defendant Knows They Could Lose if They Go to Trial

Even if the insurance company believes their customer wasn’t entirely at fault, they know they could lose in court. If they lose, they’ll be ordered to pay your entire damages. It’s not as if your Atlanta car accident lawyer is going to want to settle after you’ve won in court. Rather than risk this sort of loss, it makes sense for the insurance adjustor to negotiate a settlement as well. They’d much rather pay a reduced settlement than have to pay your full damages. They also want to avoid being charged with your attorney fees as well.

If your auto insurance claim is large, it makes sense for the insurance company to fight it. They know that most personal injury cases do settle. They also know that there’s a good chance they can prove that you were partially at fault. Since Georgia follows the comparative negligence rule, you can still collect if you were partially at fault However, your damages will be reduced by your percentage of fault.

Some people get into a car crash and then wait weeks or months to call an Atlanta car accident lawyer. Either they assume the insurance company will pay their claim or they think they can handle it on their own. There’s nothing wrong with doing this. You have every right to handle your own car accident lawsuit. However, it’s not always the best idea. You’ll be at a serious disadvantage if you go up against the insurance company and defense lawyer all by yourself.

This is why it’s a good idea to at least meet with an experienced Atlanta car accident lawyer as soon as possible after your accident. They can review your case and give you their honest opinion. If it doesn’t look like you have a viable case, they’ll let you know. The last thing they want to do is waste everybody’s time. They’ll also work tirelessly to negotiate a settlement with the insurance adjustor. The last thing they want to do is go to trial.

With this in mind, you should contact our office and schedule your free consultation. Take a few minutes and sit down with somebody who’s handled dozens of cases just like yours. And they can attest to the fact that more, if not all of these were settled before the matter ever went to court. The initial consultation is free, so you’ve got nothing to lose.

PrevPreviousAsk a Georgia Personal Injury Lawyer: Why are Traumatic Brain Injuries So Dangerous?
NextWhat Happens When I’m Hit By A Police Officer?Next