How Does Your Atlanta Pedestrian Accident Lawyer Prove Liability in Your Case? 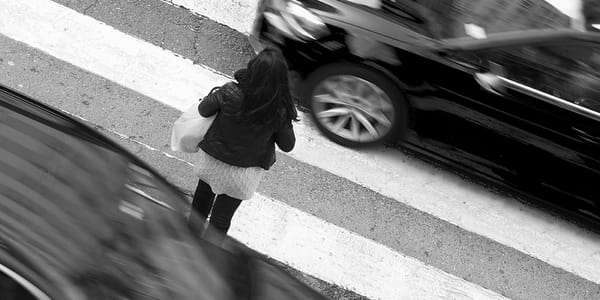 As any Atlanta pedestrian accident lawyer will tell you, most of us can’t imagine getting hit by a car. That’s something that we think only happens to kids chasing after a ball. Most people don’t realize just how often pedestrians are hit by a car, truck or SUV. In 2017 alone, more than 5,900 people were killed in this country in a pedestrian accident. And another 137,000 victims ended up in the emergency room.

The sad thing is that most of these accidents could’ve been prevented. Your Atlanta pedestrian accident lawyer will have to demonstrate that the driver was negligent in some way in order to get you damages. This isn’t as difficult as it may seem because, more often than not, it’s the driver and not the pedestrian who was at fault.

What are the Most Common Causes of Pedestrian Accidents in Atlanta, Georgia?

As mentioned earlier, it’s hard to imagine how someone could get hit by a car. By the time we’re ten years old, we know to look both ways before crossing the street. Most cities, including Atlanta, have crosswalks at major intersections. It seems like all it would take to prevent a pedestrian accident is a little bit of common sense. However, it’s usually not the pedestrian’s fault that they got hit. Most of these cases involve a driver who was negligent in some way.

Some of the more common causes of pedestrian accidents in Atlanta include:

If any of these things happen to you or someone you love, you need to talk to a seasoned Atlanta pedestrian accident lawyer as soon as possible.

Is it Possible the Court Will Say You Were Partially Responsible for the Accident?

It may seem impossible that a driver’s attorney or insurance company would try to say you were at fault in your pedestrian accident. But it does happen. And in some cases, the pedestrian is at fault or is at least partially at fault. For example, if someone darts out into traffic without warning, the court may feel the accident is mostly their fault. Or if you ignore a crosswalk, the insurance company may argue that you were partially at fault.

Your Atlanta pedestrian accident lawyer will be prepared for this. Make sure you’re honest when you describe the accident. You don’t want them to be blindsided down the road. That can only hurt your chances of getting the compensation you deserve. The good news is that, even if you are partially at fault, you can still recover damages. Under Georgia law, as long as you are less than 50% at fault, you can still demand compensation. This is why the insurance company may be willing to settle early in these types of cases. They know it will be difficult to prove that a pedestrian was more at fault than their driver.

A lot of people will go their entire lives without ever needing an Atlanta pedestrian accident lawyer. A lot of us will never need a personal injury lawyer at all. However, if someone runs you over or hits you with their car, they need to be held responsible. The best way to do this is to call an attorney who specializes in personal injury. You can set up your free, initial consultation within hours or days of your accident. Meet with a skilled Atlanta pedestrian accident lawyer who can review your case and let you know if you have a valid claim.

You can bet that the defendant is going to have an attorney handling their case. The driver’s insurance company is legally required to defend them in most instances. You don’t want to be at a disadvantage. It’s in your best interest to reach out to an Atlanta Pedestrian Accident Lawyer as soon as possible after your accident. You have rights and you need to protect them.

PrevPreviousWho is Your Atlanta Personal Injury Lawyer Really Suing in a Premises Liability Lawsuit?
NextDoes Your Atlanta Dog Bite Lawyer Have to Prove Negligence in Order to Get You Damages?Next