How Is Fault Determined in an Atlanta Car Accident? 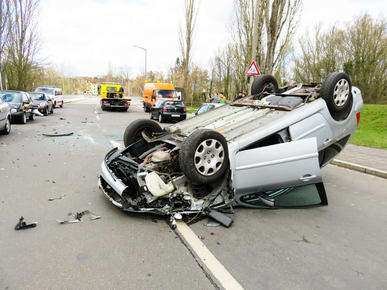 The Governor’s Office of Traffic Safety reports that more than 60,000 (60,984 in 2016) car accidents occur every year in Fulton County, leading to the injury of almost 13,000 (12,875 in 2016) people and the death of nearly 150 (129 in 2016).  Most of these accidents occur in the Atlanta Metropolitan Area and cause serious injuries and property damage. In order to recover their losses, the best thing victims can do is turn to an Atlanta car accident lawyer for help with determining and proving fault for the accident.

Why Is Proving Fault So Important in an Atlanta Car Accident?

The obvious interest of each party is to avoid or minimize their own liability. At the same time, attribute as much of the fault as possible to the other party. They increase their chances of recovering their losses. At the same time, they avoid liability themselves. The stakes are huge. In Georgia, accident victims are entitled to compensation not only for car damage and medical bills but also for:

The fight for determining and proving fault in Atlanta begins right at the accident scene. That is why almost any car accident lawyers in Atlanta will tell their client to pay attention to every detail. Also, speak as little as possible and gather as much information and evidence as possible. The police officers investigating the accident pay an important part in the process, but they don’t have the final saying.

The report the Atlanta police prepare after investigating the accident is everything for some claimants, who use it to support their compensation claim. For others, it is a starting point for their discussion with their Atlanta car accident lawyer and their own investigation.

In Atlanta car accident cases, the attorney handling the case can make the difference between a claim approval or rejection. The attorney uses the accident report and their client’s accounts to figure out how the accident occurred.

Georgia Uniform Rules of the Road

From this point on, their purpose is to prove that the party at fault violated Georgia Uniform Rules of the Road and other laws and regulations. In order to succeed, they may:

If proving fault is successful, the insurance company has no other option but to approve their compensation claim. If the evidence is circumstantial, any car accident lawyer will be able to question it and even have it dismissed. Therefore, in Atlanta, as everywhere else throughout Georgia, car accident claims are difficult battles, better left to experienced attorneys.

Hire an Experienced Car Accident Lawyer in Atlanta, GA, to Handle Your Claim

You do not have to struggle with proving the fault of the other party by yourself. Call our personal injury firm in Georgia and schedule a FREE case evaluation with an experienced and knowledgeable The Weinstein Firm car accident lawyer in Atlanta! They will answer all your questions and help you get the compensation you deserve.

PrevPreviousWhat is the Statute of Limitations on a Personal Injury Claim in Atlanta, GA?
NextWhat Happens If I Was Injured in an Auto Accident in Atlanta, by a Driver Who Was Texting and Driving?Next

When Can I File a Survival Action in Georgia?
I Was in a Single Car Accident – Can I Sue?
Everything to Know About Georgia Drunk Driving Rules
What Is Circumstantial Evidence in an Auto Accident Lawsuit?
Get the compensation
you deserve $$$
Get A Free Consultation