Does a Traffic Violation Affect a Kennesaw Car Accident Case? 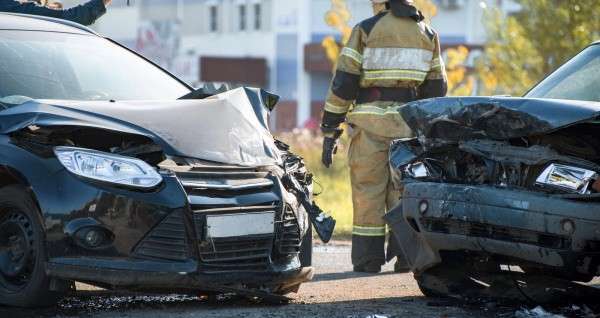 Georgia has several traffic laws that motorists and other road users must adhere to. Failure to obey these rules amounts to a traffic violation. Sometimes, disobedience of traffic rules results in a motor vehicle collision. When this happens, the violation is crucial in helping insurance companies identify the at-fault party.

It could also affect the settlement a victim gets. This article looks at whether a traffic violation in Kennesaw, Georgia, affects a car accident case. For more information on the implication of breaking traffic rules, contact our Kennesaw car accident attorneys at The Weinstein Firm. Our legal team will also help you file a claim if necessary.

What Traffic Violations Can You Get Cited for in Kennesaw, GA?

As a driver in Kennesaw, Georgia, rules regulate what you can and cannot do when behind the wheel. These rules are generally known as traffic regulations, and you have to know and adhere to them. If you breach any of the rules, you can receive a ticket, otherwise known as a citation.

It is one of the most common traffic rules violated by motorists. Despite the speed limits on roadways, drivers often disregard the legal speed limit and go above it. The danger with speeding is that it reduces a driver’s reaction time.

It means that suppose a speeding driver happens upon slowed traffic, they’ll be unable to stop in time to avoid a collision. A rear-end accident might be inevitable in such an instance, and the speeding driver would be the liable party. Points accumulated from speeding will stay on your driver’s license for two years.

A reckless driver is one who fails to operate a motor vehicle safely and prudently. It also connotes knowingly putting a person’s life in danger. A driver who operates a vehicle recklessly would receive a citation. Georgia’s reckless driving conviction record is for life, with no option of expungement.

Driving under the influence of alcohol or drugs is one of the frequent traffic violations. Under Georgia law, a person is legally drunk if they have a blood alcohol concentration of 0.08%. Due to the number of deaths caused daily and yearly by drunk drivers, Georgia treats this infraction seriously. As such, the state does not allow for the expungement of a DUI conviction from a driver’s record.

Other common traffic violations are:

Can a Traffic Violation Affect a Car Accident Case?

The simple answer is yes. As mentioned earlier, insurance companies look to citations by law enforcement officers in determining the at-fault party. For example, suppose the primary cause of an accident is traveling too fast for conditions. This implies that one of the drivers involved was going above the speed limit. Consequently, the driver who violated the speed limit is the at-fault party.

Now, how does this affect a personal injury claim for compensation?

Suppose the police issue the driver a citation for speeding, and the driver gets convicted of a misdemeanor offense. The conviction will serve as evidence against them in a compensation claim. Outrightly, the driver’s insurance company would have no choice but to compensate the victim for the crash.

The next thing to consider is what if the victim also got a citation for a traffic violation?

Every driver on the road must uphold the duty of care owed to other road users. If a driver breaches the duty in any way, they will get cited for that breach. Hence, an accident victim who violates a traffic rule would also get cited.

For example, Driver A was driving five mph above the speed limit. Driver B then makes an illegal lane change and sideswipes Driver A’s car. While Driver B is the at-fault party for causing the collision, Driver A would still get a citation for speeding.

However, getting cited does not stop a victim from getting compensation, but it limits how much they can get. Under Georgia’s comparative negligence rule, a victim who shares fault in an accident will have their compensation reduced by their fault percentage. So, if speeding amounted to 35% liability, the victim gets only 65% compensation.

Were You Cited for a Traffic Violation? Get Legal Help Now!

As an accident victim, getting cited for a traffic infraction does not take away your right to a fair settlement. Our Kennesaw car accident lawyers will mitigate the damage of the violation and get you the compensation you deserve. Contact us today at The Weinstein Firm to learn more on how we can help you.

PrevPreviousWho Is Liable for a Bus Accident in Atlanta?
NextHow To Prevent a Serious Car Crash in AtlantaNext