Why is it So Important to Preserve Evidence After an Atlanta Crash? 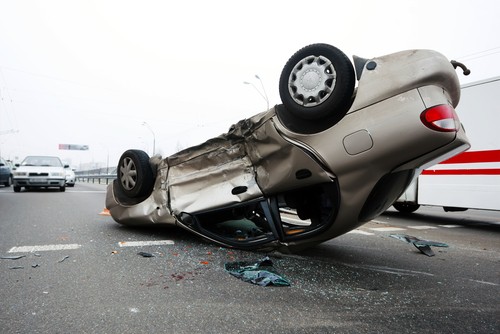 Depending on the degree of the accident, you may need to preserve not only a few photos but also extensive evidence. But, motor vehicle accidents are so common that people assume insurance companies will already know who’s at fault. Our Atlanta car accident attorneys see this all the time with people assuming that a rear end collision means that the person in the rear of the crash is automatically at fault. There are so many elements that come into play when determining fault and resolving a crash, and it’s impossible to make it clear and fair determination without proper evidence.

While photo evidence often doesn’t deteriorate or deteriorate as quickly, some types of evidence begin to lose value as soon as you walk away from the crash scene. Some evidence can lose value as quickly as your car does, so you must quickly work through crash resolution and preserve the quality of your evidence for as long as possible.

What Counts as Evidence?

When many people are taking evidence at a crash site, they are just snapping a few photos. But, there are many other forms of evidence, and there are many times when people don’t realize they could have taken a picture of something and preserved it as evidence.

For example, if you’re arguing that someone unnecessarily brakes and swerved lanes causing your accident, then you would want to take pictures of the tire marks and burns on the road. But most people don’t realize that. Most people don’t realize that those marks could be gone within a few days or a few weeks of the crash. By the time you realize that that is evidence, and can be gone.
Other forms of evidence include witness statements, your police report, the damage done to the vehicle, and much more.

How to Preserve the Impact of Statements?

The best way to preserve a statement is to get either an audio recording or a documented statement of the event from the witness. Recordings are taking a higher president and are often seen as higher-quality because a written statement can easily be called into question.

Police take witness statements by writing down answers to specific questions because it removes the likelihood of the witness inserting a personal Insight or assumption. You can do this by asking witnesses to complete a template rather than just their version of events.

If you were taking a statement or asking a witness to provide a written statement, they have time to think and formulate their answers in a way that might not actually be factual. This is a largely unintentional; most witnesses don’t realize that their statements may not be accurate.

What Can You Do to Prevent Evidence from Sitting for Too Long?

Controlling the time frame on a car crash resolution claim or a lawsuit is a challenge, but it’s not impossible. You can push to have negotiations happen in a timely manner, and for the insurance company to take action within a reasonable time frame. Often what happens is that the involved insurance companies will delay proceedings or put off negotiations for as long as possible. They not only do this so that evidence can deteriorate, but they do this so that the victims are more likely to take a lower settlement because they need the money urgently.

It is an unfair tactic, but it is a common one. When you’re working with an Atlanta car accident lawyer, you may have more control over the timing of your crash resolution. They may be able to pressure insurance companies to take action within the time frame that they should or acknowledge frequently that there’s no reason to delay negotiations.

How Getting an Atlanta Car Accident Lawyer Could Change Your Claim

Often people handling their own crash resolution don’t fully understand that they are in an outright battle with their insurance provider. You may not have to speak directly with the at-fault driver’s insurance provider, but you can know that your insurance carrier still isn’t doing everything they should for you. So many people turn to local Atlanta car accident attorneys because they simply can’t get the support they need during a crash resolution.

If you’re worried about getting the right type of representation in your crash, then get help at the Weinstein Firm. At the Weinstein firm, we aim to properly represent victims of car accidents and to fight for their need for full compensation. We know that the damages and bills you racked up after the crash weren’t your fault, and you shouldn’t have to pay.