When are Multiple People at Fault for an Accident? 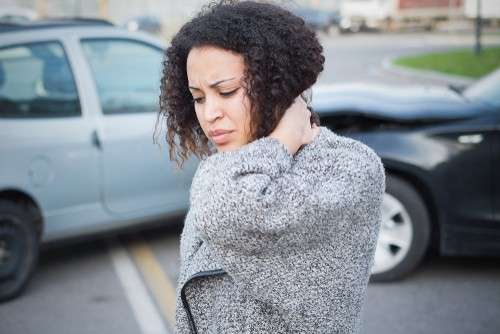 You are in an accident, and you have a limited view of exactly what happened in the moments leading up to the Collision. Most drivers initially believed that they had no fault in the accident. You might have heard common accusations such as “That guy just hit me!” or “I can’t believe she slammed into me like that! “

Accusations are extremely common following an auto collision. Most of them, however, don’t have much in the way of accuracy. If you were the person behind the wheel, then you only have one view on the situation. That’s not something most people like to hear, but researchers have found that the two drivers involved in a two-car collision will have drastically different versions of events. When you have a multi-vehicle accident, the question becomes whether or not multiple people will be at fault. Contact our Atlanta car accident attorneys for help.

Allstate seems to explain it best. In Georgia, a modified comparative fault, you cannot recover any damages if your fault percentage exceeds 50%. You can share fault. However, if you share so much fault that you are half responsible for the crash, then it’s likely you won’t get any compensation.

A modified comparative fault system often puts multiple people at fault for the same accident. It is possible for one driver to be 70% at fault, and the other to be 30% at fault. The shared fault is a common situation, and you shouldn’t be surprised if one of the involved insurance providers wants to attribute some fault to you.

Multiple Accidents on One Road

One of the absolute deadliest roads in Georgia is Interstate-75. Last year the National Highway Transportation Safety Association went through over three years of traffic fatality data to determine which were the most dangerous roads in each state for the summer months. Interstate 75 through Georgia had an average of 111 deaths between May and September.

Having multiple accidents on one road does not always mean that there are more or fewer people at fault. Often one accident can result in another, and both accidents hold one party at fault. At other times, multiple crashes on the same road have nothing to do with each other.

Some collisions are outright disasters. The 1990 Interstate 75 fog accident in Tennessee is something that many states in the South still reference as a major disaster. An accident caused by fog with over 100 vehicles involved in the pile-up. Georgia, Tennessee, and other states with heavy fog and whiteout conditions at different times of the year still use modified comparative fault, which means even when the accident is caused by a natural disaster, it’s somebody’s fault.

The worst multi-vehicle collision that happened in Georgia happened on Interstate 75 and was the result of fog. Fog set in on the major highway, leaving drivers with only a few feet in front of them to see. The accident resulted in damage to over 125 Vehicles, more than 39 injuries, and four deaths. The crash took place on both sides of the freeway because of how bad the fog was. Again, these conditions and don’t excuse drivers from fault when it comes to making an insurance claim. Multiple people in this accident were considered as “at fault” or carrying “partial fault.”

Most people don’t want to hear it or don’t want to admit it, but they will probably carry some Fault In Their Atlanta car accident. The issue isn’t whether you intended to cause an accident, or were unconsciously violating some moving traffic violation; it’s a matter of the modified comparative fault state system. This often puts multiple people at fault for a single accident, even when it just includes two vehicles. In fact, the most common situation of a single person carrying fault for an accident is in single-vehicle collisions.

At the Weinstein Firm, we take great care to explain why salt works the way it does in Georgia, and how it affects your case. It is possible that there are multiple people responsible for your crash, and you might take a small percentage of that responsibility. However, we understand that you by no means caused this accident. As the victim of a car accident, it might be reasonable to take 5% or less in fault for something like going a few miles over the speed limit. To learn more about fault, your accident, and your compensation options, call the Weinstein firm.