How Does Fatigued Driving Cause Truck Accidents in Atlanta? 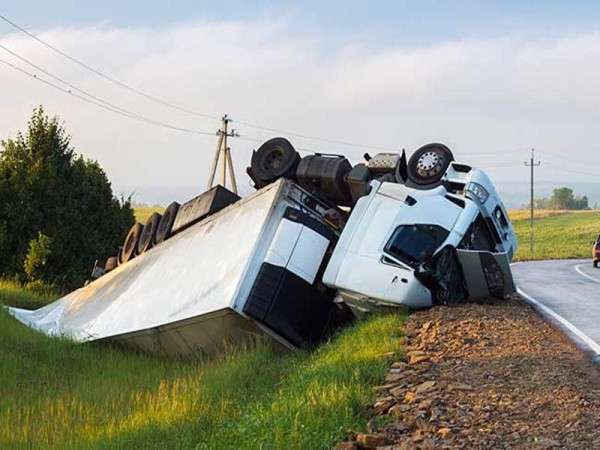 Truck accidents can be terrible occurrences. The human body can only take so much. When put through countless stresses with inadequate rest, it leads to a condition known as fatigue. Fatigued driving is a problem that plagues several motorists but is most common among truck drivers. Our truck accident attorneys have represented several victims of crashes caused by drowsy drivers.

This article delves into the meaning of fatigue and how it affects a driver to cause an accident. If you believe that a fatigued driver caused the crash you were involved in, contact us at The Weinstein Firm immediately. We’ll examine the case facts to prove your claim and get you the maximum compensation.

What Does Fatigue Mean?

Most people often confuse fatigue with tiredness. While being tired is part of feeling fatigued, it goes beyond that. According to the Mayo Clinic, fatigue is unrelenting exhaustion that lasts longer than tiredness. It is more profound and isn’t relieved by rest.

In addition, it’s a nearly constant state of weariness that develops over time and reduces your energy, motivation, and concentration. Fatigue at this level impacts your emotional and psychological well-being, too. Generally, fatigue can be mental and physical.

Physical fatigue results from physical exercise or lack of sleep, and it often leads to mental fatigue. The latter causes drowsy driving and decreased attention and reduces one’s ability to perform simple or complex tasks with their usual, customary efficiency. For example, suppose a truck driver who happens upon slowed traffic. If the driver were drowsy while driving, they would be unable to stop in time to avoid a crash in the way they would have if they were not fatigued.

Common signs of fatigue include:

What Are the Factors That Contribute to Fatigued Driving?

According to the Federal Motor Safety Carrier Administration, 13% of commercial truck drivers involved in traffic accidents were driving fatigued. Fatigue often results in drivers falling asleep behind the wheel, thereby causing accidents. Several factors contribute to fatigue in truck drivers. They include:

Based on the body’s circadian rhythm, a person is supposed to be asleep between 12 midnight and 6 a.m. Unfortunately, most truck drivers are on the road at this time due to the nature of their commitments. Driving at this time increases the risks of accidents, so it’s not uncommon to witness truck accidents at this time.

Truck drivers convey necessary goods from Atlanta to other regions in Georgia and the United States. Sometimes, their commitments require them to be on the road for long hours. A driver who stays awake for 18 hours or more would have severely impaired cognitive abilities. This is because being awake for that long is similar to having a blood-alcohol level of 0.08%.

Truckers with undiagnosed sleep disorders like apnea would likely get into an accident. Sleep disorders mostly go undiagnosed, so a driver who experiences fatigue while driving should visit a doctor.

The danger posed by fatigued driving cannot be overemphasized. But most people still don’t understand how drowsy driving causes truck accidents. A fatigued driver would likely crash because of the following:

What Should You Do Following an Accident With a Fatigued Driver?

Truck accidents often involve more than the truck driver. It sometimes involves passenger cars, motorcycles, or pedestrians. Thus, if a fatigued truck driver causes an accident, it is crucial to know what to do.

First, you should report the crash to the police and then get medical treatment for your injuries. If you were not severely injured, you could gather evidence at the crash site, like photos, video footage, and witness statements. Next, hire an experienced Atlanta car accident lawyer to represent you and help you commence the claims process.

A fatigued driving accident involving a truck driver can be pretty complex. One, proving that the driver was fatigued is quite tricky and needs the expertise of an attorney. Second, truck accidents sometimes involve multiple liable parties, and only an experienced lawyer can help identify them.

At The Weinstein Firm, our legal team has helped several clients receive a settlement in accidents caused by fatigued truck drivers. We will do the same for you while you focus on healing. Contact us today for a free initial consultation.