Can I Sue the City of Duluth for a Car Wreck? 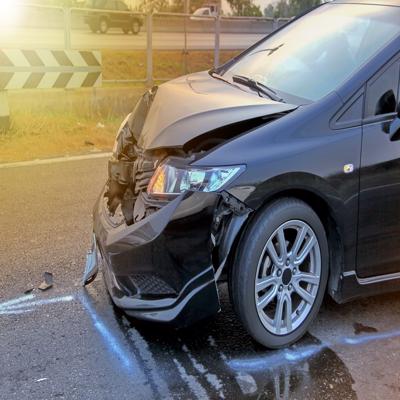 Generally, getting compensation for a car accident you’re not at fault for shouldn’t be hard. But things get complicated when your claim is against a city or governmental agency. Indeed, a municipality or a government agency is not a human person who can drive a car, but they employ people who perform several duties.

There is a significant legal and procedural difference in Georgia when one of the vehicles involved in the crash is a government car. The most vital issues involve how much time a person has to file a claim or lawsuit against a government entity and the appropriate parties. There is also the issue of sovereign immunity and how it impacts civil claims.

If you don’t follow the rules for filing against government agencies, you will likely be unable to recover compensation. In this article, our Duluth auto accident lawyers look at whether you can sue the city for a car accident. Anyone involved in an auto crash should immediately consult an attorney.

Who Can Be Sued in a Car Accident Claim Involving the Government?

Thankfully, the Georgia Tort’s Claims Act provides exceptions for when you can sue a government office or employee. It means that while you cannot outrightly file a claim against the City of Duluth, you can against one of its agencies and their staff. Under the law, an injury victim can pursue a car accident case against a local or state government.

However, the named defendant must be the government entity. For instance, you can file a claim against a driver with the Duluth City Hall if they caused an accident while on official duty. But in the lawsuit, the named defendant should be the city hall and not the employee (driver).

Note that the negligent party must have been performing an official duty for the Tort Claims Act to apply. Thus, suppose a driver with the Georgia Department of Transportation already clocked out for the day but chose to drive a departmental vehicle home. While on the way, the motorist looks away to read a text from their phone, and a crash happens.

In that scenario, the driver was acting outside their capacity as a government employee. As such, your claim would be against their auto insurance policy and not the government agency. Lastly, for the exceptions under the Tort Claims Act to apply, your damages must be one that money can cover.

Is There a Time Limit for Filing a Car Accident Claim Against a City?

Firstly, before you commence a claim or file a lawsuit against a government agency, you must file an Ante Litem notice. This notice is not the same as the Statute of Limitation that gives you a two-year window to commence an injury claim in court. This is because an action against a government agency is subject to both Ante Litem notice and the Statute of Limitations.

However, the Ante Litem notice comes first. The period for filing this notice depends on whether your claim is against a state, county, or city government. Under O.C.G.A section 36-11-1, you must file a negligence claim against the state or county within 12 months. For a city or municipality, it’s six months under Georgia Code section 36-33-5.

Note that the time starts running from the date the injury occurred. Furthermore, if the government agency fails to give a favorable response, you can file a lawsuit. But, again, the suit must commence within two years from the injury date. So, it’s crucial to institute the Ante Litem notice in time to ensure your two years do not run out. If it does, you’ll lose all avenues for compensation.

Finally, when filing the notice, ensure you include:

Were you involved in a traffic accident that’s not your fault? Was a government vehicle involved? If yes, then it is within your rights to require compensation. Our car accident attorneys at The Weinstein Firm can help you ensure you follow the due process to getting what you deserve. Like in all personal injury claims, we work based on a contingency fee basis. So contact us today for a free case review.

PrevPreviousWhat Happens If Someone Dies in a Johns Creek Car Accident?
NextHow an Accident Affects Your Car Insurance in College ParkNext