Are There Different Head Injuries You Can Sustain in a Crash? 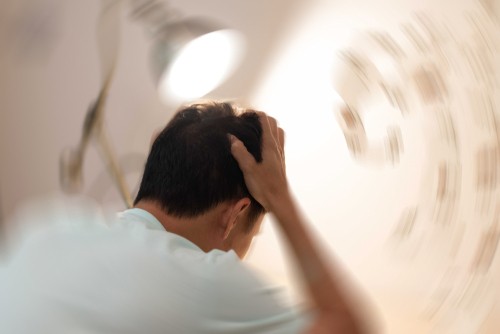 Car accidents often come with a wide variety of injuries, but most people don’t realize that head injuries are among the most common. Head injuries can vary drastically from mild to the billeting. The injuries can also cause rapid changes in personality, physical abilities, and even emotional stability. Additionally, a head injury may not be easy to identify or immediately diagnosable.

For car crash victims, you should explore the opportunity with a local Atlanta car accident attorney to pursue compensation for the head trauma associated with your crash. Here are five different primary types of head injuries, and almost all come with some extent of brain trauma. None of these are to be taken lightly, and all require medical attention.

Many people downplay the seriousness of a concussion, and it is society’s general view of concussions that is to blame for that reaction to the serious head trauma. A concussion is classified as a traumatic brain injury, and what happens is that the brain has stricken the inner portion of the skull because of a sudden change in momentum.

Your brain ends up moving in the same way that a purse or cellphone might fly off the passenger seat when the car comes to a screeching halt. Concussions are very common in car accidents and can be mild. Most concussions are not immediately detectable unless the person has lost consciousness.

People experiencing a concussion might have a fuzzy memory regarding the event, tinnitus, personality changes, slurred speech, dizziness, nausea, and many other symptoms. If you’re feeling off in any way, then make sure to tell emergency responders or to take yourself to a hospital or nearby Urgent Care Center.

Diffuse axonal is a brain injury that often isn’t seen as much in adults, except in traumatic accidents such as high-speed car crashes. Diffuse axonal is similar to the effect of shaken-baby syndrome. When the head experiences severe shaking or disjointed rotation, it leads to the brain structure itself tearing.

Coup-contrecoup injuries are another type of traumatic head injury that involves the brain colliding with the interior of the skull. These are most common in roll-over collisions and extremely violent accidents, such as head-on collisions. The type of force that would result in a coup-contrecoup injury is the brain moving in a way where it strikes the interior of the skull on both sides. That’s why it’s common in roll-over injuries or head-on injuries where the brain may strike the skull front and back or side and side.

Symptoms of a contrecoup injury will include swelling of the brain, bleeding within the brain, seizure, memory issues, skull fractures, sensitivity to light and sound, and much more. Some elements of a contract injury are apparent immediately, such as loss of consciousness, seizures, and sensory sensitivity. However, issues such as memory problems and mood disturbances may take weeks or months to notice.

Penetration injuries are far less common in car accidents than the other injuries noted here. These are injuries sustained when an external object penetrates through the skull and inflicts Serious injury upon the head and brain. These wounds are often fatal and can cause serious complications in a person’s life if they do survive.

Contusions are bruises on the brain, and it happens from the same momentum response that leads to concussions. The difference is that the bruise in the brain may cause temporary or lifelong trauma. Additionally, contusions are more common when the person’s head hits an external object, and the brain continues moving forward, it’s a two-hit situation.

Typically the best course of action after sustaining injuries in a car accident is to find a local Atlanta car accident attorney. Local attorneys offer support by compiling evidence, drafting demand letters, negotiating with involved insurance providers, and other, unexpected ways. Your local attorney may be able to help you file for a medical lien, so you’re not worried about being pressured to pay medical bills that your compensation should pay.

Take a step in the right direction by contacting the Weinstein Firm in Atlanta, Georgia. Our skilled and well-experienced attorneys on our team taking decisive action to build a strong claim for every client.

PrevPreviousWhen Will GAP Insurance Help You?
NextHow to Properly Yield in Busy TrafficNext